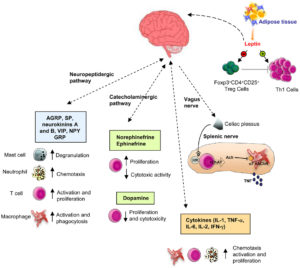 “As a chiropractor I understand the connection between the central nervous system (the brain and spinal cord) and the immune system.” Dr. Daniel Murray, DC

Chiropractor in SAN ANTONIO, Texas-December 28, 2016-Murray Chiropractic Center today announced that Chiropractic adjustments can help prevent people from getting the flu. By enhancing the innate immune response of the body, adjustments encourage a burst of first defender white blood cells, called neutrophils to be released into the bloodstream.
“We are thrilled to see how our patients respond during the upcoming flu season,” said Dr. Daniel Murray, the owner of Murray Chiropractic Center. “I have seen amazing changes within my own family now that they have been getting adjusted for a number of years, and I am excited to witness that same change in my patients.”
Just in time for the flu season, a series of Chiropractic adjustments is available for much less than you will pay for your first few months of healthcare, and in some cases patient’s insurance will cover the majority of the cost of care. Chiropractic care has been proven safe and effective for a number of conditions, and science is showing that without a doubt adjustments boost immune function.
“The great thing about Chiropractic adjustments is their complimentary nature. For example, the increased immunity will work for people that received the flu shot and those that have not,” Dr. Murray explains. Similar to taking vitamin C or other water-soluble vitamins, the Chiropractic adjustment adds to immunity without interfering with other precautionary measures that patients have taken.
Murray Chiropractic Center is a family practice, with patients ranging in age from 6 weeks old to 84 years old, and all ages in between. Dr. Murray focuses on specific, gentle adjustments to the spine which encourage not only increased immune function, but overall health. For more information about Chiropractic and Dr. Murray, please go to his website: www.thechiropractor.sa.com